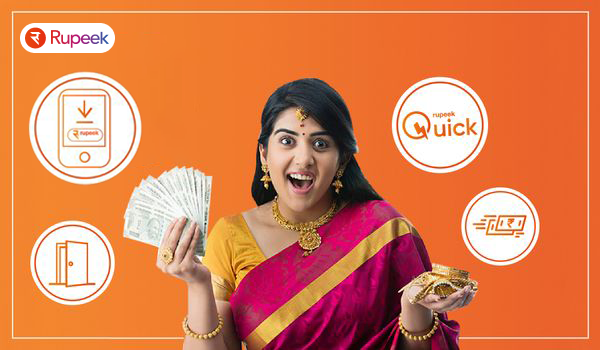 An overdraft loan is a useful credit facility that has gained popularity in the 21st century because of its flexibility and ease of arrangement. Many NBFCs such as Rupeek have started offering an overdraft facility in the form of Rupeek Quick. But what exactly is an overdraft? Many people can get trapped in a cycle of debt if they do not fully understand the consequences of an overdraft, which is why this article aims to give a detailed overview of this facility and all its implications.

What Is An Overdraft Facility?

In simple terms, an overdraft is a loan agreement that lets you draw out more money then what you have in your bank account. It is a form of a loan that your financial institution gives to you, and it must be repaid after a set amount of time, typically with an interest charge.

There are two kinds of overdrafts. An authorized overdraft is a prearranged agreement between the borrower and the lender, in which the bank sets the terms of your overdraft before your account has reached zero. On the other hand, an unauthorized overdraft has no prior agreement and thus is more expensive and difficult to set up.

How does it work?

When you get an overdraft, the bank is essentially covering for your payments which you would have otherwise been unable to make. Like most loans, the overdraft requires interest to be paid by the borrower. The interest is usually calculated as a percentage of the amount overdrawn, or as a flat fee. Overdrafts can be applied for during your bank account application. Once your overdraft application is accepted, you will receive an overdraft limit, i.e. the amount of money you are allowed to withdraw. This amount can vary from one borrower to another.

There are different methods of calculating overdraft interest. As mentioned above, it can be a flat rate or a variable one. Online overdraft interest rate calculators are useful in getting a quick calculation. However, making your calculation at home is also simple using the following formula:

The Rupeek app has the advantage of calculating your interest for you so that you can repay your Rupeek Quick loan with ease.

Advantages and Disadvantages of Overdrafts.

Why should you avail of our overdraft facility? An Overdraft can be a useful tool for short term borrowing and emergencies. It takes less time to arrange than a loan and is easier to get a hold of, making it a flexible choice for those who only wish to borrow small amounts when needed. It is a good option for when you’re only a few bucks short of your next bill payment; you will not have to have your payment rejected. An additional benefit is that there is no charge for clearing the payment of the overdraft earlier than usual. Rupeek Quick is beneficial as it only charges interest on what you use and allows you to repay the loan using the Rupeek app within just 6 months.

However, it is important to keep in mind that, at the end of the day, the overdraft is still a form of a loan. If your financial situation is uncertain, getting an overdraft is not a good choice. Exceeding your overdraft limit can also get you charged extra. The rate of interest charged on your loan can vary suddenly according to changes in the country’s political and economic environment.

We must also note that overdrafts can be taken away by the bank at any moment, although this is unlikely to happen unless you are in financial difficulty. Taking your gold as security for the loan is one of the methods that Rupeek uses to avoid this uncertainty and ensure a smooth borrowing experience.

Difference between Overdraft and Cash Credit.

Cash credit is a form of short-term loan that can be borrowed from a bank without incurring a credit balance. Cash credit and overdraft are similar in many ways. They both refer to withdrawing more money than is available in your account. The subtle difference between the two arises in the way in which the loan is secured. Cash credit is usually offered to small businesses and is usually secured through tangible assets like raw material etc. Overdraft, on the other hand, offers a wider range of collateral which can be used as security, e.g mutual fund shares, etc.

In this way, we can see that the cash credit is more of a proper loan that is given to businesses to invest in their ventures, whereas overdraft is more of a security for individual account holders that keeps their negative balance from getting in the way of their important payments.

How can you Avail the Rupeek Quick Overdraft Facility?

Rupeek Quick is the overdraft solution that allows you to borrow credit by pledging your gold as security. Rupeek Quick is just one click away, available anytime, anywhere, even on Sundays and on bank holidays. Rupeek Quick provides you with an extended credit line, which means it allows you to overdraw your account and get instant, last-minute cash for business needs.

Applying for an overdraft with Rupeek Quick can be done through the following simple steps:

Overall, we recommend using the Rupeek Quick overdraft facility if you need a quick finance solution and have collateral such as gold jewelry. This loan can easily help cover your expenses in the short term and ensures hassle-free repayment. And the best part? Our free doorstep service ensures that you can acquire quick credit from the comfort of your home.

Your request has been received, Our customer relationship manager has Been notified and call you shortly. 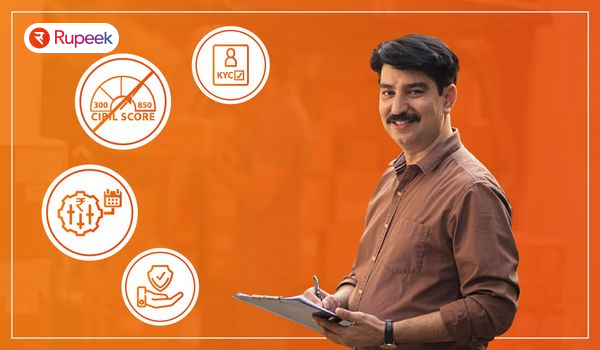 What Is No Credit Check Equipment Financing?

Read to know how no credit check equipment works. Gold loan at the lowest interest rate starting from 9.69% per month. Apply now with Rupeek. 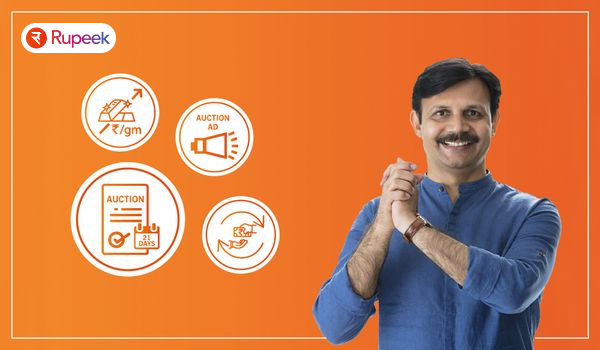 What Is The Process Of Gold Loan Auction?

Understand the process of gold loan auction. Take a look at our guide. Click here to apply for a gold loan. Minimal documentation. No CIBIL score needed.